Alpha testing validates a product before a feature freeze to assess features, detect major bugs, and prepare it for beta testing. 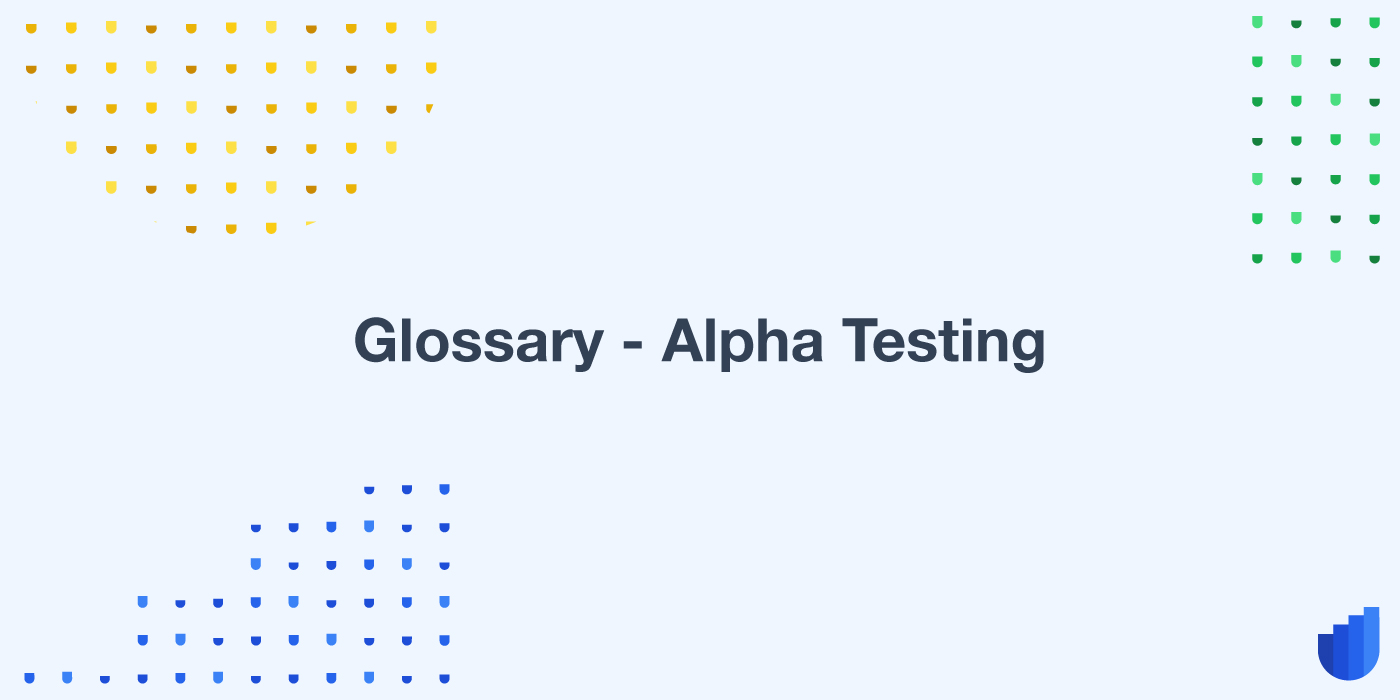 Once the bulk of your development has been completed, it’s time to begin testing your product to ensure that it actually meets specifications. Toward the end of the development cycle, alpha testing marks the start of a series of trials. These establish whether users accept the product and determine its fitness for launch.

Let’s look at what alpha testing is, how it compares to beta testing, what its advantages are, and how to conduct it.

What is Alpha Testing?

Alpha testing is typically the first round of a set of acceptance tests designed to stress a product to reveal flaws and gather user sentiment. Companies usually begin alpha testing as a product nears the end of its development process. At this stage, most of the core functionality of the product should be working.

Unlike the feature- and component-level unit tests that proceed it, alpha testing considers the end-to-end performance of a product. In fact, this is often the first time testing occurs in the context of the whole system.

The alpha test checks that the entire product works as outlined in its specifications and that each component behaves as it should in this broader environment. This is why bug reporting is the predominant activity in this phase of testing and why the focus only shifts more toward gathering customer feedback as the project moves into beta testing.

Bug reporting is a crucial part of both alpha and beta testing. Because these testing phases share this activity, the difference between them can seem quite murky.

The seven characteristics below can help to make the distinction between alpha and beta testing clearer:

Despite the contrast between alpha and beta testing, some companies choose to forego the former in favor of lumping its functions into the latter.

However, there are advantages to conducting alpha testing separately, as we’ll see in the next section.

Although there are many advantages to having a distinct alpha testing phase, the most important of these to consider are testing thoroughness, improved quality, better insights, and enhanced efficiency:

The use of black and white box testing in alpha allows for more complete verification of every aspect of the product.

Black box testing ensures that the system’s inputs and outputs are functioning properly. White box testing certifies that its design and internal structure are sound.

Testing on simulated environments can reveal problems that might impact the quality of data during the beta testing phase.

For example, a feature that flat-out refuses to work on certain systems might sour user sentiment in beta. Fixing major issues in alpha improves the chances that everything will work on real-world systems so that users can provide feedback on every aspect of the product.

Alpha testing allows the development team to measure the performance of a product in an idealized environment. This produces benchmarks that product managers can use to make distinguishing problems easier.

These insights can also help the product team identify future improvements to the system.

This reduces the need to rework the product later and shortens the delivery time of future releases.

How to Conduct an Alpha Test

Internal testing or quality assurance teams are responsible for conducting alpha tests. Product managers support these teams by using the information the test produces to produce action points. Then, they communicate these action points to the rest of the organization for implementation.

Prepare Your Product for Beta Testing

A well-conducted alpha test ensures that your beta test goes well. This reduces the chance that major problems might rear their head during beta and derail your progress on the road to product release. Investing in alpha testing when the beta test is just around the corner might seem redundant, but it should be routine for any company with the resources to put towards it.