Beta testing lets you put your product in front of end-users before release to gauge sentiment and gather relevant feedback. 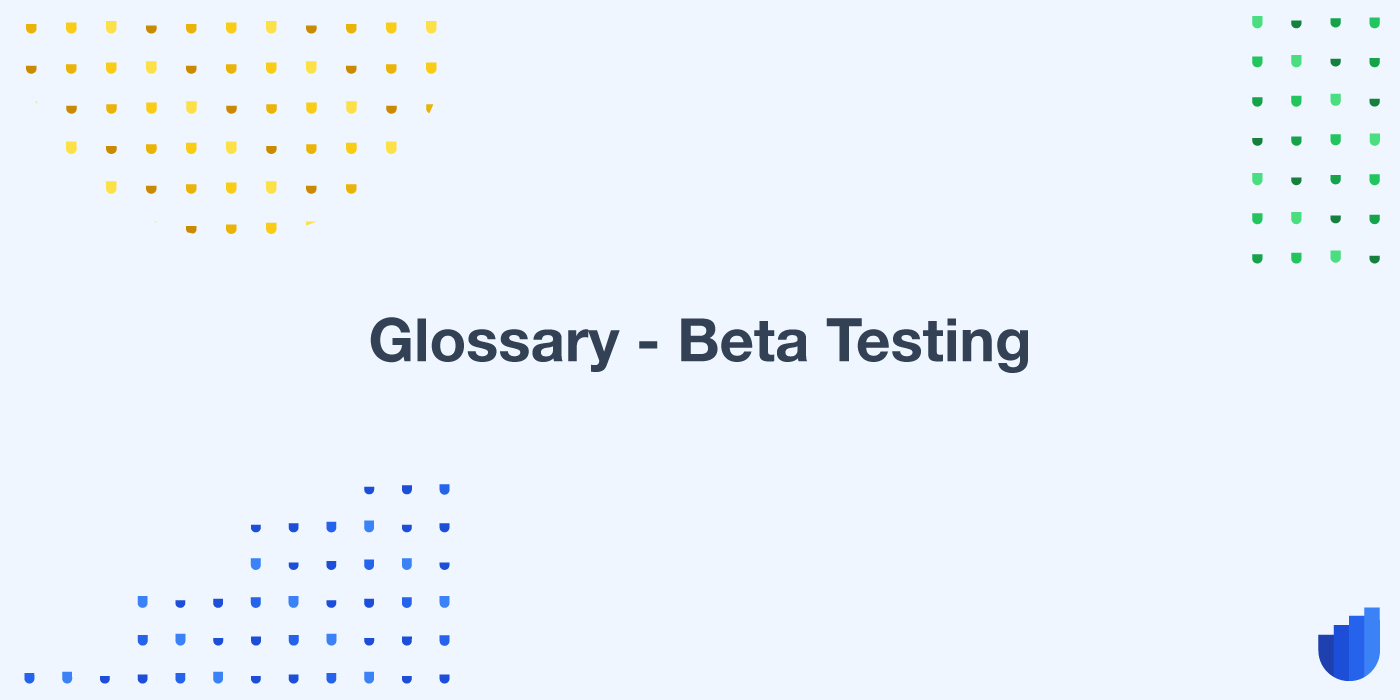 Few activities in the product release cycle focus more singularly on gleaning observations than testing. Internal testing gives you a rough idea of what customers might feel about your product. However, it pales in comparison to what comes straight from the horse’s mouth, and that’s where beta testing comes in.

An essential part of the release cycle, beta testing focuses on user-derived insight. It reduces the risk of failure by validating your product with the same customers who might later buy it.

In this article, we’ll look at what beta testing is, how it differs from other testing phases, how to conduct it, and what to do once you’ve gathered the results.

What is Beta Testing?

Beta testing is the second phase of the trio of testing phases: alpha, beta, and gamma. Where the other two are performed by internal testers, beta testing relies instead on external participants. These, ideally, will include end-users from your intended demographic. It puts a pre-release version of your product in front of users so that they can provide feedback you can use to prepare it for launch.

What is the Difference Between Closed and Open Betas?

Putting out a pre-release version of your product can spoil the excitement you might try to leverage with a full product launch. It can also spill the beans on unique selling points your competitors might try to implement themselves.

Balancing these disclosure concerns against the benefit of more insight from a wider user base helps determine what beta testing type you should use: closed beta or open beta.

Here’s a brief overview of the difference between the two:

Closed beta testing involves using a limited number of testers, so it’s ideal when you want to prioritize secrecy. You might vet them beforehand to ensure their suitability for your testing needs. You might also get them to commit to not disclosing any information about your product before release.

Closed beta testing is also valuable when you only have a limited amount of resources to dedicate to product testing, in which case supporting a large number of test users could be a challenge.

This exposes your product to a larger set of test users, allowing you to see how your target audience will interact with your product in a real-world environment. Open betas sometimes follow a period of closed beta testing.

You might onboard testers by invitation, but they’re often given the option to invite others to test the product, too. In most cases, however, open beta tests allow anyone interested to sign up for the privilege of testing the product.

Where Does Beta Testing Fit into the Release Cycle?

In most release cycles, beta testing occurs after alpha testing concludes. Some organizations, however, chose to test concurrently with some form of alpha testing. Alternatively, they might invite outsiders to become alpha testers, as is the practice with closed beta testers.

The distinction is that alpha testing focuses on making sure key functionality works, while beta is feedback-driven.

Choosing when to start beta testing is important. On one hand, early testing allows you to refine your feature set while engaging beta testers as bug finders too. On the other hand, late beta testing gives you a better gauge of user sentiment and helps to control public perception of your product as it nears release.

How to Conduct a Beta Testing Program

Though there is no “right” formula for how to conduct a beta test, most testing programs fit into a common pattern with five stages:

This is where you define the goals of the beta testing program and determine how many users can take part. You also want to set a duration for how long this testing phase should last to reach its goals.

However, you might forego or extend the testing deadline if your release dates are flexible, or if you plan to continue testing beyond release.

This phase involves inviting testers to take part in the program. For closed betas, this might involve sending invitation emails to individuals you have vetted as good fits.

For open betas involving larger numbers of users, some companies market the testing phase almost as they would a full release, using it as an opportunity to generate hype for the product launch itself.

This serves as a training exercise for releasing the full product, so you can use the beta launch to refine your onboarding process. You’ll also need to inform participants of the scope of the test and share your bug logging methods with them.

As your beta testers use your product, they’ll bring bug reports and feature feedback, and suggestions to you. Use this phase to collect as much of this information as possible.

Evaluate each piece of information you receive so you can either act on it immediately or add it to your production backlog. This is a very community-centric phase, so good community managers will be valuable here.

Collecting feedback can be quite exhausting. Feedback management tools like Userwell can help you gather, organize and priorizise feedback from beta testing or in general. Learn more about Userwell here.

All beta tests come to a close. When you decide to do that is up to you.

Beta testing closure is a great time to thank your participants and reward them. This helps you maintain a good relationship with them and keeps them interested in participating in future testing programs (as well as using your product in the long term).

What Comes After Beta Testing?

Like beta testing itself, there is no standard framework that defines what happens after. You must, however, decide how to act on the feedback you received during the beta phase.

Some approaches include moving to gamma testing, going straight to product launch, or continuing with more beta testing.

This is the typical approach for products built to specific requirements. During gamma testing, the product is checked to ensure that all the original requirements have been met.

Any ideas for updates to the product derived during gamma testing are usually reserved for future versions.

Some teams choose to go directly to product launch from beta testing. The transition to launch can be abrupt and formal, or slow and gradual.

Some simply choose to notify beta testers that they have become end-users (without taking the product offline to finalize it) once they think the goals of the beta test have been fulfilled.

If you roll out features and fixes on a rolling schedule, you might choose to extend testing – maybe even indefinitely.

Google famously kept Gmail in open beta for over five years after its initial launch, and it regularly does long product testing phases for many of its products.

What you choose to do after testing depends on your plans for the product. While some choose to decide on an exit strategy while testing is taking place, it’s always best to have a preferred strategy in mind before you begin.

A product isn’t truly successful until its users like it enough to consistently return to it and prefer it over the competition.

Beta testing lets you gather actionable feedback from users in real-world usage scenarios to improve your product prior to launch. It also gives you insight into how people feel about your product and the services you offer, which can be useful for tailoring your sales and marketing efforts. All of this gives you a better chance of success when you do take your product to market.