DACI is a decision-making framework that delegates tasks to specific team members to boost productivity and improve completion speed. 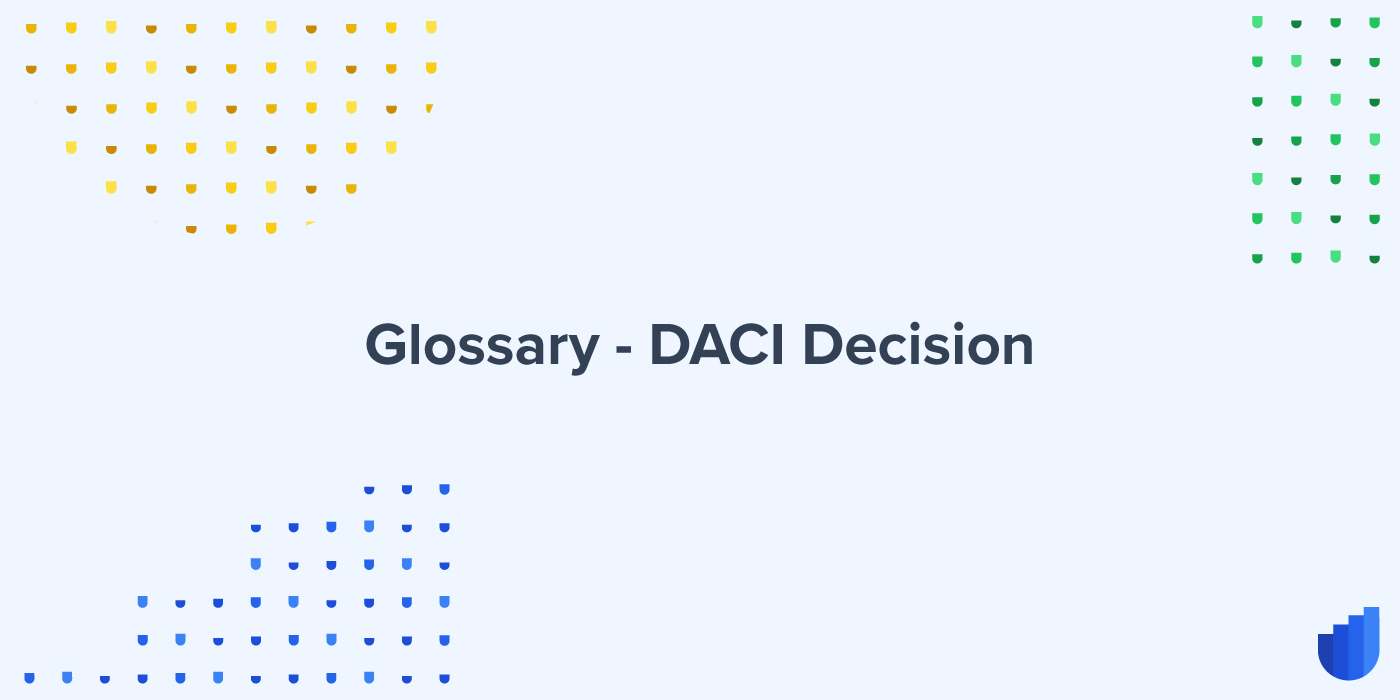 If project managers were to micromanage every aspect of software creation, from coding to full release, they would have too many tasks to accomplish for a single person. To address the problem, software development teams adopted a methodology to distribute tasks across the entire team. This methodology is the DACI decision-making framework.

To help project managers understand and hopefully adopt the DACI decision-making framework, we will elaborate on the ins and outs of the methodology.

What is the DACI Decision-Making Framework?

DACI divides the team into specific roles to align tasks with team members best suited for accomplishing them. With the DACI decision-making framework, software development teams can better cope with the demands of creating programs.

With the successful integration of the DACI decision-making framework into the SOPs of development teams, team productivity gets an overall boost. Since the appropriate tasks are assigned to the most capable team members, the DACI framework eliminates redundancies and issues with task completion. Lastly, software reaches completion faster, and value surpasses users sooner.

Because the framework works by assigning jobs to appropriate team members, the roles of a DACI team need to be clearly labeled and have a suitable designation. To better understand the flow of a DACI decision-making framework, we need to elaborate on each member’s role.

In the DACI framework, the driver acts as a software development team manager. Usually, the project lead will take the driver’s role.

However, they don’t have sole decision-making power. The driver’s outline first needs approval from another team member.

All the driver’s decisions must go through an approver before completion and implementation. Because a project manager holds the driver position, a CEO or a company’s founder usually assumes the approver position.

There can be more than one approver in a DACI team. However, creating more bureaucracy contradicts the DACI framework’s purpose. In general, the fewer approvers, the better.

Every software development team needs a source of expertise. The contributors are the people who take that role.

Contributors are experts in their given field and get assigned to the role based on the driver’s recommendation. Contributors can have a permanent position under the software development team or be consultants hired from an outside company.

Additionally, the driver determines how the contributor interacts with the team. For instance, the driver must decide whether a contributor needs to attend team meetings or whether the team can send the hours of the meeting to get contributor insight.

The informed are members of the organization who have no direct contributions to the software development. For example, they can be part of a company’s customer service or marketing team.

The informed won’t directly contribute to software development, but their work is affected by the development team’s work.

How Does DACI Decision-Making Work?

Having established the roles in a DACI team, we now need to understand how a DACI workflow looks. Here’s an example of a DACI project.

The team needs first to assign the roles necessary for the DACI framework. Once the approvers and driver are selected, the driver can designate the contributor roles.

After the roles are decided, the drive can start planning the development workflow.

In the outline, the driver needs to define the development process details.

The team begins each work session with a briefing. In the meeting, the crew recaps the customer needs that the software needs to fulfill. After that, the current session’s goals are decided, and the team will discuss how to accomplish them.

Finally, once deadlines are set, and the team starts working on tasks, the driver needs to let the key stakeholders know the details of the software development as the project progresses.

Software development is a complex process that gets more complicated as technology improves. Furthermore, customer expectations are also on the rise. The newest software needs to have the best features. Thus, software developers are getting more demanding jobs.