Disruptive Innovation refers to innovations to technologies or business models that disrupt an existing market or industry and make something more accessible. 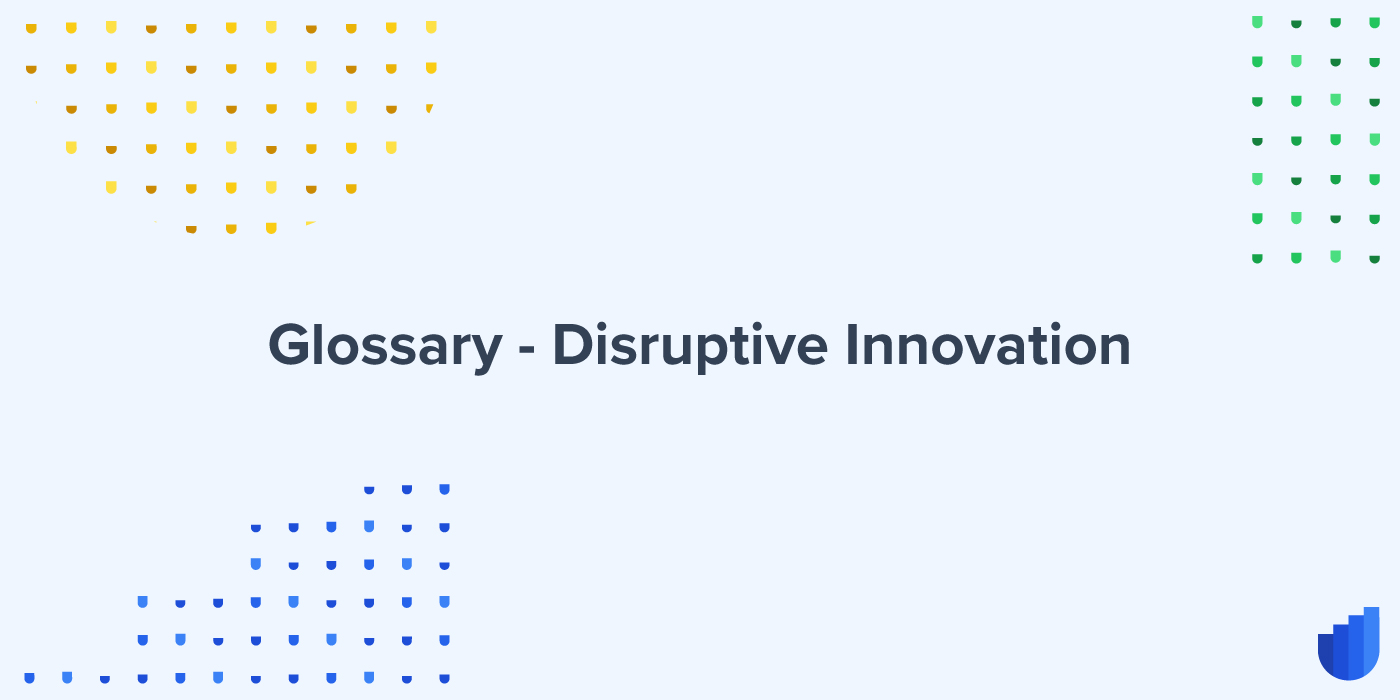 When Netflix introduced itself onto the market, it disrupted the then-current state of video rentals. By innovating how people rented videos—first as VHS tapes, then through online streaming—they opened the existing rental industry to a whole new market. This is an example of disruptive innovation.

The term refers to an innovation that transforms an existing market or industry or “disrupts” the status quo set by established competitors. It either claims a current market segment or creates a new piece by targeting a specific user need.

In this article, we will discuss disruptive innovation and cite several examples of industry-leading disruptive products or services.

What is Disruptive Innovation?

The term came into widespread use thanks to Clayton Christensen, who used it to describe innovations that create a new product, service, or business model that “disrupts” an existing market. He first mentioned it in his book The Innovator’s Dilemma.

In that book, Christensen cited two types of technologies that businesses handle. A company either invests in sustainable technology or a disruptive one.

Sustaining technology allows businesses to improve their products or services at incremental rates and predictable timeframes. It means a company can remain competitive without taking too much risk. Brands that are already established and successful often use sustaining technology to maintain their position in a market.

Smartphones are an excellent example of sustaining technology. Brands will release updated versions of their previous models, usually with quality-of-life improvements and system upgrades. But designs and core features remain the same, so your smartphone will perform the same functions as before, just better.

Software programs are also usually examples of sustaining technology. A company may release a patch that fixes bugs and updates features or a newer version with more features than the previous iteration. But the core functions of the program remain without any “disruption.”

This technology challenges existing conventions and markets by upsetting the status quo. It usually emerges from smaller or non-established companies that rise in prominence by capitalizing on a market segment overlooked by its more significant competition.

There are two kinds of disruptions:

Disruptive technology intends to create a unique product or service that targets a niche sustaining technology ignores or underserves. This creates a disruption that established companies must either adapt to or compete against.

Disruptive technologies, however, often shift into a sustaining model once they establish themselves within their market. They cease disrupting and instead begin maintaining their status quo.

There are dozens of innovations considered “disruptive” in their markets that have changed the landscape of their industries. Here are just three examples that shook up their markets and altered how people behaved and used products or services.

Back in the day, you had to go to a physical store to rent a VHS or DVD. However, Netflix saw the potential in an online market for video rentals due to the growing use of the Internet. Users could browse their video selection and rent a movie that Netflix would mail directly to their homes.

Following that, Netflix has also revolutionized the online streaming platform. By gathering multiple movies and TV series into one place, which you can watch for a fraction of their market cost, Netflix disrupted both the movie and video rental industries. They made multiple pieces of media accessible to thousands of people at once.

Before 2008, travelers would generally book hotels if they wanted to travel or stay away from home. But Airbnb changed the online lodging market by introducing alternatives to traditional hotel stays. People could rent out rooms, apartments, and even entire homes for guests to stay in.

By providing a more localized and personal experience with full amenities, Airbnb has a distinct appeal that hotels do not. It disrupted the market by providing a whole range of places that travelers can rent versus a typical hotel, from cheap apartments to luxury homes. This allowed people more flexibility while making accommodations more accessible and affordable.

RPGs (Role-Playing Games) have been around for years, but Genshin Impact disrupted the existing market by releasing an online, open-world RPG mixed with a gacha element. Gacha refers to gacha machines in Japan—toy vending machines that dispense a random toy per payment (a “pull”). In gacha games, players spend in-game currency trying to “pull” a random, limited-edition item or character.

Many RPGs have gacha elements (such as loot boxes), but Genshin Impact’s integration of gacha into RPG mechanics disrupted the existing market. It combined three aspects into one game:

Through this, Genshin created a unique game genre. From a seemingly-unknown game by a small developer, Genshin snowballed into a multi-million dollar giant.

Genshin’s disruptive innovation was so successful that it earned an estimated $2 billion in revenue from mobile players alone in its first year. It has set the model for open-world gacha RPGs, with several games such as Ni No Kuni: Cross Worlds following suit.

Established companies often try to maintain their market performance by sustaining technology following the status quo. This means they are often blindsided by disruptive innovations that target market segments they underserve or overlook.

Truly disruptive innovation will shake up an existing industry and cause competitors to adapt—or risk falling behind.