In software development, iteration is the process of repeating a particular task over a period until the desired outcome is reached. 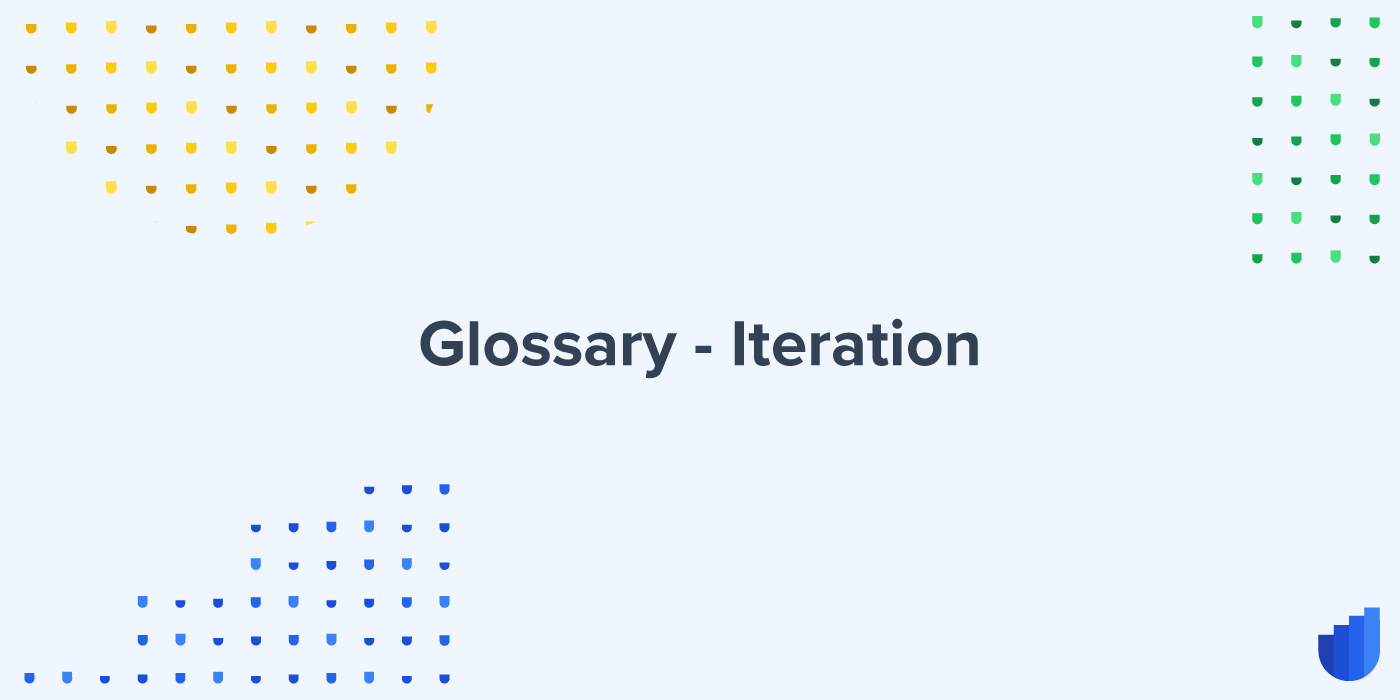 In programming, it’s inefficient to reinvent the wheel and produce new code when implementing a known algorithm. Instead, you take already finished code and implement it into the program’s core. Or, you would repeat specific lines to build the final product.

And as for project management, agile teams apply the same mentality in their day-to-day operations. Teams build on their completed tasks to eventually reach the project’s conclusion.

In this glossary article, we’ll discuss iteration and how it applies to software development and project management.

Iteration is the procedure of repetition until the team or program accomplishes the desired outcome. For project management, it is a fundamental component of the agile methodology. Incorporating iteration allows teams to improve their tasks gradually. Once the team accomplishes a set amount of goals, they reach the completion of the project.

An algorithm is a fundamental component that comprises a piece of software. And when further dissected, algorithms are built from a set of instructions. When constructing an algorithm, three basic tasks make up the process.

The Two Forms of Iteration in Software Development

Count-controlled loops are used when steps need to be repeated to achieve results. For instance, we can program a count-control loop to repeat a process five times. Once the loop repeats five times, the process collects the results and terminates the loop.

As illustrated, iteration is a crucial function in software development.

On the macro scale, we can observe iteration with how products reach the market. Let’s use smartphones as an example. Major tech companies release flagship models every year, only to be quickly sunsetted by the new release in the following year. Each iteration receives new features that compel users to buy the latest products.

In project management though, we observe iteration while working on the project. Teams will gradually build on their work to progressively improve their output which leads to the completion of the project.

It is part of the agile methodology that focuses on building, improving, and refining the project. Teams incorporate iteration to gradually enhance their workflow until they are satisfied with the result.

The 5 Steps of Iteration in Project Management

Throughout the entire project lifecycle, agile teams will incorporate iteration. You can observe iteration through:

In the planning phase, the team will decide on the goals and timeline of the project. The timeline needs to be finalized during this process to avoid committing iterations without any progress towards accomplishing the final product.

After creating the outline of the project, the team must decide on the goals they should commit to towards concluding the project. Then, in the analysis phase, the team will collaborate to determine a design that will help reach the project’s end.

During the implementation, we see the incorporation of iteration into actual development. Here, the team will accomplish the first tasks they need to complete the final, deliverable project. During implementation, iteration is informed by the designs agreed on during the analysis phase.

Once the team has achieved a specific number of goals, we move to the testing phase. Here, the team gets feedback from test customers and shareholders about the project’s current status. The team will then iterate on the project based on the feedback received.

Often, the testing itself is iterative, requiring unit testing, integration testing, and other steps carried out repetitively on different parts of the project.

Evaluation is the final step of the iterative process in project management. First, the team will evaluate and discuss the project’s current status. Then, they will decide if there are any kinks to iron out and iterate based on critique.

Finally, once the team reaches a consensus, they will create a new iteration based on the overall evaluation or finalize the project, ready for full release.

Progress rarely occurs in a single step. Rather, multiple repetitive steps, such as cycles of feedback and revision, are often the approach that leads to success. This belief especially applies to software development and project management.

In software development, programmers use iteration to create algorithms to produce efficient and straightforward software. As for project management, iteration is essential for creating a product that satisfies the entire team.