A minimum viable product (MVP) is basically that initial version of a product that has just enough features or functionality for customers to use it and give valuable feedback to the developers. 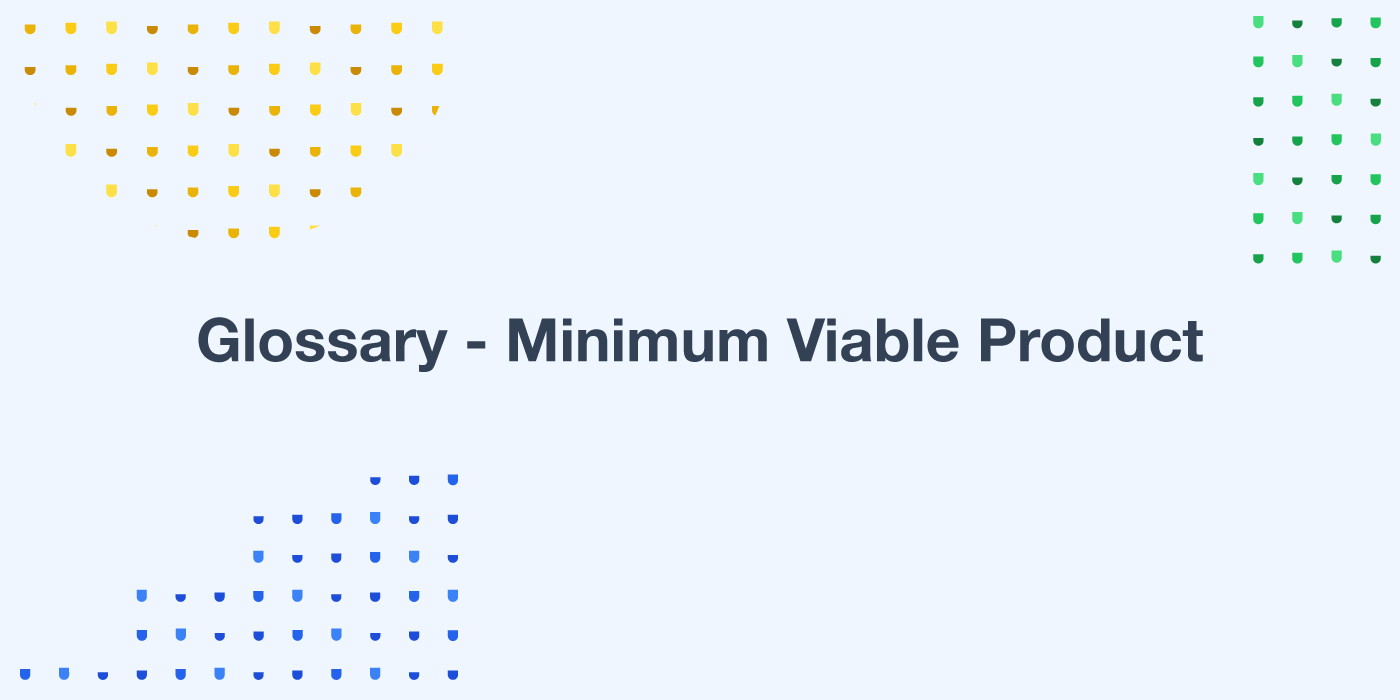 For many businesses, coming up with the ideal product for customers can be quite nerve-wracking. They sift through tons of research, test different prototypes, and still argue about what customers really need. And even when there’s less speculation, there’s still a lot of contention over how complete the product should be before it goes out. This is where concepts like the minimum viable product come in.

What This Article Discusses:

What is a Minimum Viable Product?

A minimum viable product (MVP) is basically that initial version of a product that has just enough features or functionality for customers to use and give valuable feedback to the developers.

A minimum viable product doesn’t always take on the exact form of what the business ultimately intends to deliver. It may also not initially carry the specific standout feature that the product eventually comes to be known for.

What is the Purpose of a Minimum Viable Product?

There are many benefits to an MVP. If you are not sure yet if this strategy is the one you want to go with, we gathered a few advantages of a minimum viable product to help you decide if it is the right concept for you!

1. Product Developers Get to Really Know their Customers

This helps the team to dispel any wrong assumptions and continue developing the product according to real customer needs. Therefore, they end up saving resources, especially time and money, that would have gone into irrelevant features.

2. An MVP Gets the Business’ Name out There as Soon as Possible

You can never know who else has the same idea as you and how fast they are developing. So getting your product to the market as quickly as possible can help you avoid playing catch-up.

Instead, your business will have a head-start on competitors and work through its mistakes while already having some customers, and maybe even revenue.

3. MVPs Help Businesses to Know When to Pivot

Sometimes the best decision is to totally neglect the initial problem you were trying to solve and focus on a new and different one. This can be one of the most daunting decisions but has led to massive success for some companies.

An MVP can help product developers discover a more pressing issue that they didn’t even know was present amongst customers. This often turns out to be the one whose solution customers are more willing to pay for.

MMP stands for minimum marketable product. An MMP attempts to encapsulate the smallest set of features that address actual customer needs by delivering the desired user experience. So one may ask, how is an MMP different from a minimum viable product?

Well, an MVP is structured particularly for validated learning. It is made in such a way that once exposed to customers, a specific question or set of questions will be answered when the customer is done using it. As already mentioned above, oftentimes, an MVP will not look anything like the actual product the business intends to deliver.

The MVP Approach in Practice

For instance, you may want to create a digital lending platform where borrowers can enter a few details, have their eligibility checked, and receive funds to their account or mobile wallet as soon as they are approved.

However, you may not be sure just how soon customers will want to handle the whole process through a mobile app. You may also not know whether they value speed and convenience over being able to get large amounts with no collateral.

In such a case, a minimum viable product may be as simple as you pinning posters with a business phone number and basic requirements in random places. You may then handle the first few applications via phone and write everything in a book while assigning each borrower a special identification number.

With an MMP, you’ll have to put out some sort of platform, whether web-based or as a downloadable app. Something with digital forms and fields to be filled with information like source of income. So basically, an MMP tries to emulate the actual service you envisioned from the onset.

It also usually comes after an MVP, once questions like “Can we efficiently handle every loan request through phone calls?”, “Which information would borrowers prefer to give for a loan?” or “Where would they like the funds sent?” have been answered.

How to Build a Minimum Viable Product

At the core of many MVP, approaches is the build-measure-learn loop. You and your team basically list several things you know to be true about your customers, and others you aren’t sure of. Then you proceed to brainstorm on the best way to find out the truth.

This can be done through something like an extra sign-up step, an option on a category list, a button, etc. Incorporate this into the product and make it available to users. You should then try to make some notes on your own from passively monitoring user behavior.

Where there isn’t a proper structure and tools for analysis, you can ask direct questions orally or through a digital or paper survey. After sorting through all the answers received directly or indirectly, you can then confirm or dismiss your assumptions. The team should also note any discoveries outside of what they’d wanted to find out.

Put these findings side by side with other metrics like the number of sign-ups, downloads, clicks, subscriptions, etc. This comparison helps you to know which feedback to respond to in the next iteration and which requests you can put off for a while.

For example, if most funders focus on the number of subscriptions, it may not matter that much whether a requested feature isn’t quickly delivered, especially if most of the subscribers aren’t the ones requesting it.

Teams tend to focus on different things. For some, it’s all about getting in some quick revenue to keep things going. Others want to get as many users to sign up, even if it’s just for a free trial. It all depends on business and product quality priorities.

There are a few things to keep in mind when deciding if the minimum viable product concept is the one for your company. It will be helpful if you don’t have validated data on your customers and can support you in understanding their needs.

By eliminating wrong assumptions and biases you can thereby end up saving time and money. Getting your product and your name out there might also give you a head start on your competition or can in some cases tell you if it is time to shift your focus elsewhere.

Of course, an MVP is not just easily pulled out of a hat. It takes a great deal of upfront work and it does not stop there. The build-measure-learn loop requires reliable feedback and ongoing work efforts to keep on improving the product. This, of course, can pay off in the long run in reducing risks such as high costs and wasted time.