Release management is the discipline of managing, planning, scheduling, and controlling software releases. 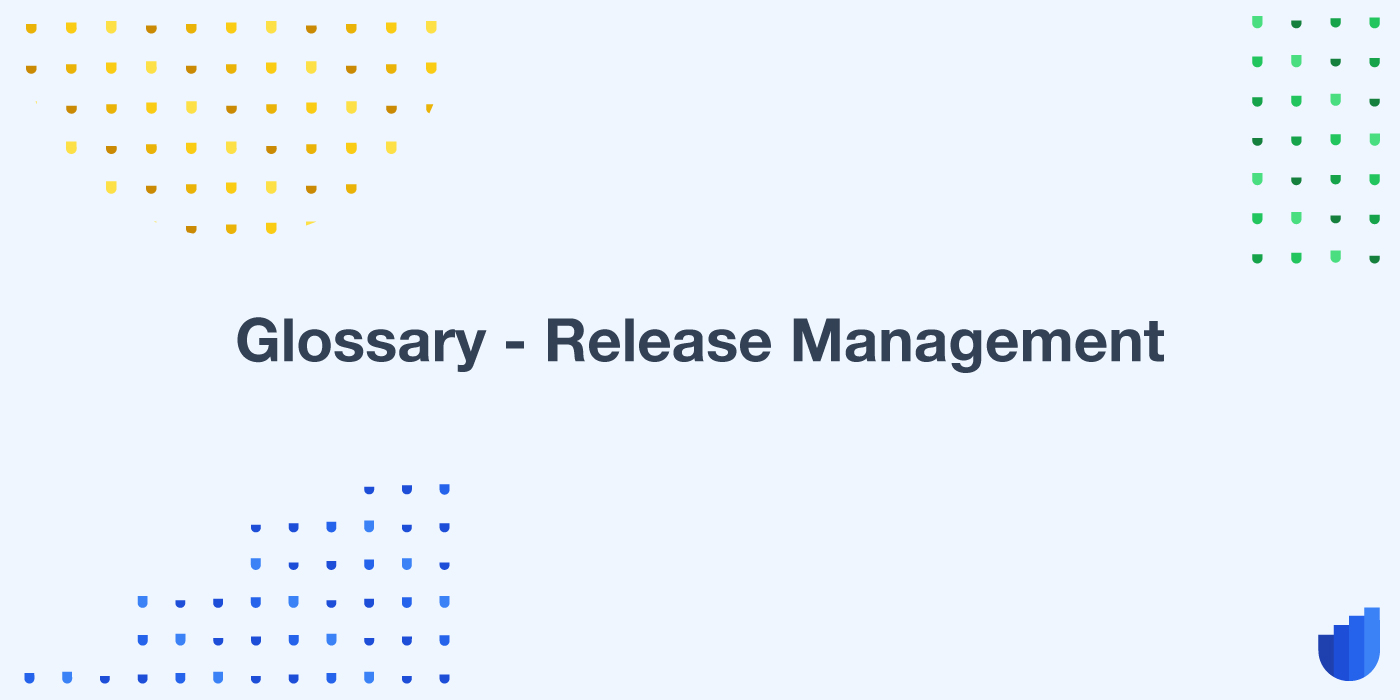 Guiding the development and deployment of software to users is one of the most challenging tasks in the development cycle. If you’ve been assigned that duty, the process of release management distills the undertaking into manageable chunks to help you achieve success.

In this article, we’ll look at what release management is, how it works, and some best practices to help you master it.

What is Release Management?

Release management is the practice of managing the creation, release, and initial deployment of software, as well as later updates, to its users. It involves scheduling relevant tasks, assigning physical and human resources to these tasks, and overseeing the execution of the release.

The job of managing a release is often complex enough to need a dedicated role: the release manager. However, in smaller organizations with fewer resources or releases of limited scale, product managers often take on the responsibility of release management.

To achieve a successful release, you will have to successfully manage and balance these four priorities:

How Does the Release Management Process Play Out?

To give yourself a solid foundation to manage releases on, it is important to understand the basic release management process.

The release management process is a cyclical one that usually begins with planning the release and ends when you’re deploying it, then it begins again for the next release. The process we outline below is the cycle at its most basic, but you can decide to add other steps depending on the demands of your product.

Planning the release is what you will most likely spend most of your time doing, since it is when you structure the entire release from start to finish. Giving the planning stage the time and effort it deserves ensures that you come up with a robust release plan. A properly laid out plan helps to keep your team on track, ensuring the release meets the right standards and acceptance requirements.

An important part of release planning is creating a workflow. This is a document that both your team and key stakeholders can refer to at any stage throughout the release process. It should always include:

When viewed at a glance, the workflow should show how the release is staged and what part each team member plays. To ensure it achieves this goal, present the workflow to all relevant stakeholders after sketching it out. Their feedback should help you uncover any gaps in the process, and they can let you know if they see problems in the workflow.

Once your plan is approved and finalized, you can then put it into action.

The build phase is where the work of product design and creation takes place. As the team builds out the release, your responsibility in this stage revolves around subjecting the release to real-world scenario testing.

Building the release may take several iterations. Each time the team builds out the product, it undergoes a new round of user acceptance testing. The data you gather from these tests determines if the product is ready or if the release still needs to be refined before you can move to the next steps.

While planning is the most time-intensive stage, user acceptance testing is the most crucial. Also known as UAT, this phase of release management is when your end users get to test the release on a staging environment and provide feedback.

Common ways of performing user acceptance testing include alpha testing with a larger group of employees to simulate real-world loads, or bringing in actual customers for a beta testing program.

User acceptance testing is important because there is a lot of useful data you can collect from it. This data goes beyond information relevant to what you might need to fix by going back to the second stage. It can also provide you with information that can improve future releases.

After a build finally passes the UAT phase, it can move to the next steps: the final implementation and release.

Builds that pass user acceptance testing go through a final build-like stage where the team puts in finishing touches based on the feedback and suggestions from the users. Unlike the work that goes into the build stage, this polishing work is superficial and readies the release for the quality assurance (QA) team.

During the QA team’s review, the release undergoes final checks to ensure that it meets the minimum acceptable standards. The QA team also certifies that the build has met all of the acceptance requirements outlined in the release plan.

Aside from simply deploying the software, this phase might require you to get hands-on with supporting the release. This is also when you assess the performance of the release and meet with your team to discuss how the deployment went.

Any issues you discover during deployment will need identification and documentation. Your team will then need to address these in the next iteration. Armed with all the knowledge you gained during and after deployment, you can return to step one to plan the next release.

Once you understand the basics of managing a release, the next step is to master it. Although release management is not a particularly new practice, there is no one-size-fits-all approach to it. As software development frameworks, methodologies and technologies evolve, so does the release management process.

Because release management is a constantly evolving field, its best practices aren’t set in stone either. However, there are some things you can do that consistently yield positive results and improve your processes further.

Here are some tips to help you:

Make Sure That Acceptance Requirements are Objective and Clearly Defined

Leaving acceptance requirements up to interpretation or opinion can bottleneck the release lifecycle as developers try to achieve arbitrarily set goals. They might aim too high, which can result in delayed releases or incomplete features. Or you might introduce diverging views of the requirements, which causes the release to undergo significant rework to achieve realignment.

When creating acceptance requirements, define them by key release metrics. Make sure these metrics are easy to measure and check off once completed.

Limit the Impact on Your Users

The first goal also helps to make achieving the second goal easier. Maintaining a short release schedule forces updates to be more incremental. Incremental updates result in a reduced chance for bugs to occur, and they give customers the necessary time to adapt as the product evolves with each new release.

To further limit the impact your releases have on users, take advantage of proactive testing, active monitoring, and real-time alerting. By staying on top of what’s happening during a release, you can quickly identify and resolve any incidents that might surface.

Speed is essential in today’s world, and release management is complex. By leveraging automation, you can overcome both of these obstacles, offering two important benefits:

Use automation to benefit processes, such as quality assurance, that might not need active human participation.

Always Create New Updates Instead of Modifying Old Ones

Changing existing configurations is a recipe for disaster. It often leads to an increased chance of bugs or errors caused by configurations that are no longer compatible with the conditions of the production environment.

By creating entirely new updates rather than modifying old releases, you can be more confident your releases will be more reliable. And, naturally, reliable releases result in more satisfied and loyal customers.

Managing releases is a big task. But, when you own the release with careful and thoughtful release management, you score huge wins for both your product and your customers. Work through each step of the process with forethought while using the tips above to optimize your performance, and you’ll find the practice less daunting than you thought.